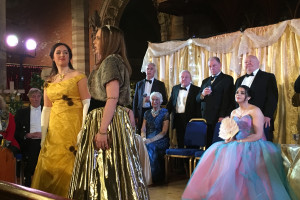 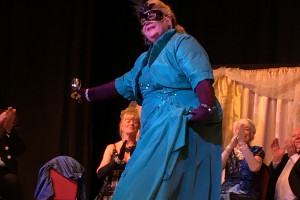 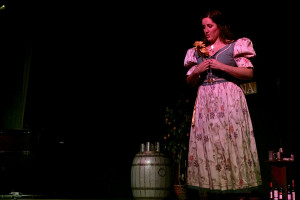 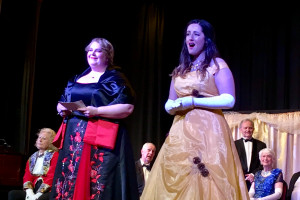 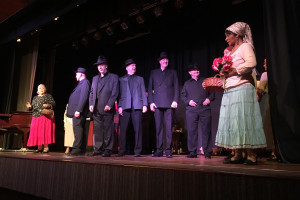 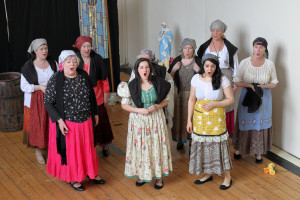 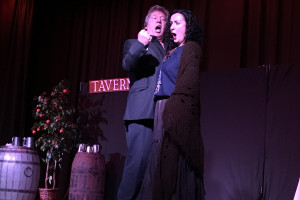 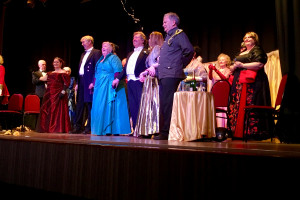 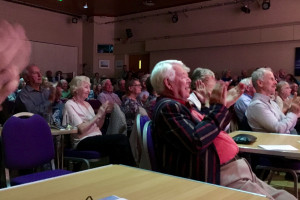 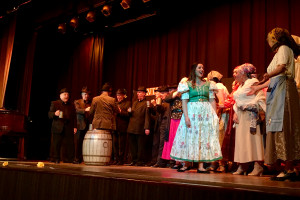 Opera Viva’s Spring Opera Gala this year was a wonderful double bill that included the one act opera “Cavalleria Rusticana” (Italian for "rustic chivalry”) and “Prince Orlovsky’s Ball” based loosely on the second act of Straus’s “Die Fledermaus”. Cavalleria Rusticana premiered in Rome on 17th May 1890 and has music written by Pietro Mascagni with the Italian libretto by Giovanni Targioni-Tozzetti and Guido Menasci and is adapted from a play and short story written by Giovanni Verga.

The evenings first offering was a very enjoyable performance of Mascagni’s Cavalleria Rusticana which includes The Easter Hymn and the beautiful Intermezzo in its score. The story is set in a Sicilian village square where we find the church and Mamma Lucia’s Tavern. Lucia’s son Turiddu has returned from military service to find his fiancé Lola married to the Carter Alfio. In revenge Turiddu seduces a girl called Santuzza. Lola, and Turiddu start an adulterous affair, when Santuzza realises she goes to see Turiddu’s mother Lucia to find him, he is not there, Turiddu comes home, Santuzza pleads with him to leave Lola to no avail and is distraught so she tells Alfio about the affair. Alfio swears to take revenge and joins Turiddu and his friends in his mother’s tavern, he challenges Turiddu to a duel and following Sicilian custom, the two men embrace, and Turiddu, bites Alfio’s ear, which signifies a fight to the death. Turiddu asks his mother to look after Santuzza if he doesn’t return from the dual. Then voices are heard in the distance and a woman cries, "They have murdered Turiddu!" Santuzza and Lucia are both devastated and are left to look after each other.The production team included Director Jim Craig, Producer David Palmer and Musical Director Isobel Jenkins, who supported and encouraged the cast to produce a lovely entertaining evening. The roles of Turiddu and Santuzza were both in the very capable and experienced hands of Nick Hardy and Lorna Rushton who complemented each other and sang excellently with lots of feeling and drama. David Palmer as Alfio was as usual strong reliable and sang very well while Suzan Ozkan as Lola suited the part nicely and Alison Davies was secure in the part of Mama Lucia. Some of these roles were performed on other nights, by Mark Duffy as Alfio, Philomena Golding as Mama Lucia and Anjuli Mehta as Lola.The opera was sung in English, diction and clarity of words was very good meaning the story could be followed. The men and women of the chorus made a very enjoyable sound singing with emotion and they supported the principle cast well, although just a small observation I did feel they were a little static on the stage and were intently watching the conductor. Chairs and tables may have helped so that the chorus could sit and interact like customers in a tavern, just as they did in the second part of the evening in “Prince Orlovsky’s Ball”, which was a complete contrast to the tragic Cavalleria Rusticanna. Here we were taken to a lively Ball, set in a villa in Vienna, where eccentric Russian, Prince Orlovsky is having a Ball and Dr Falke is laying a complicated trap as revenge for an embarrassing joke played on him by his friend, Gabriel Von Eisenstein who Falk persuades to attend the Ball. Adele, Eisenstein’s maid has also received an invitation, and is attending under a false identity. Falke introduces Eisenstein to her also under an assumed name, which causes some embarrassment. To complicate matters Eisenstein’s wife, Rosalinde, arrives wearing a mask, pretending to be a Hungarian Countess, Eisenstein spends the evening courting her,but at the end of the ball Rosalinda unmasks, and Eisenstein realises that he has spent the evening flirting with his own wife. Falke admits he arranged the whole affair, and his revenge is complete. Marie Williams as Prince Orlovsky not only sang well but was very comedic, her facial expressions and one-line comments as each of the entertainers were introduce were priceless, and the reactions of compare Steve Riordan as Dr Falke were also very funny. The programme was a mix of music which ranged from The Laughing Song sung beautifully by Kerry Firth as the character Adele to the Gendarmes Duet from Governor Frank – Peter McColgan and his assistant Walter Rogers. We were also treated to the lovely singing of Pam Ashcroft as Rosalinde and David Palmer as Von Eisenstein her husband who sang the Pearl Fishers Duet with the help of Nick Hardy. Other singers included Bethany Fahrer and Suzan Ozkan who sang beautifully The Flower Duet from Lakme. and Susanne Denner was Adele’s sister Ida. There was also a rendition from Peter Bates and Annette Reis Dunne with the ensemble of Brindisi from La Traviata. The entertainment ended with a lovely rendition of Brother mine and everybody on the stage appeared to be enjoying themselves as did the audience.  Cavalleria Rusticana and all other musical numbers were accompanied by Robert Chesters on the piano with expertise, securely supporting all the singers wonderfully.

As usual scenes were set by using well thought out props which was very effective. I must mention Artistic Director Vivianne Sharp who is responsible for the excellent, costumes, props and was the stage manager who always does an excellent job.

Congratulations to everyone involved in bringing this excellent evening’s entertainment to the stage. Thank you very much for inviting us we had a lovely evening as usual.