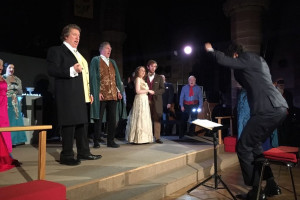 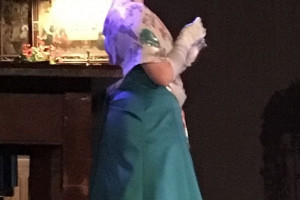 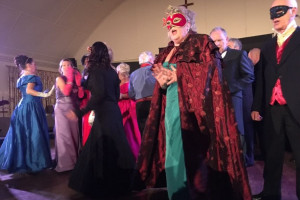 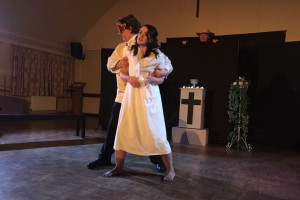 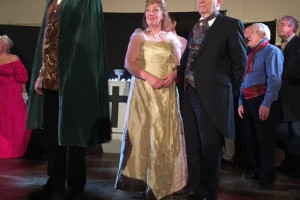 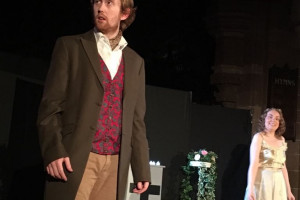 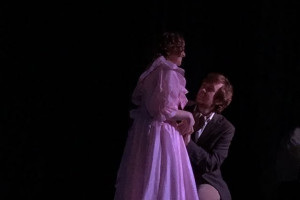 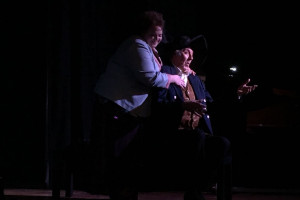 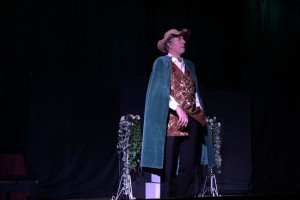 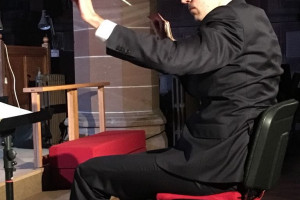 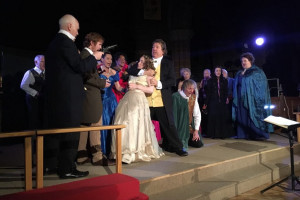 This latest offering from Opera Viva was an entertaining lively production of Don Giovanni (Il dissoluto punito, ossia il Don Giovanni), sung in English which meant the story could be followed easily. It is an opera in two acts with music by Wolfgang Amadeus Mozart with the initial Italian Libretto by Lorenzo da Ponte. The story has a fast-unfolding plot and is based on the legends of the Spanish Libertine and seducer Don Juan and is classed as a dramma giocoso, which blends a mixture of comedy and drama, it also includes a supernatural element. The character Don Giovanni is a man without any scruples who lives his life to the full without thought about the consequences of his actions, who in the end gets what he deserves.

The production team of this entertaining opera included Director Lorna Rushton, Musical Director Marco Bellasi, Chorus Master Isobel Jenkins, Artistic Director David Palmer and Assistant Artistic Director Viv Sharp, who guided the cast expertly, producing some enjoyable performances and lovely singing. The cast included the smooth baritone voice of David Palmer in the title role of lothario Don Giovanni with Steve Riordan as his very comedic servant Leporello, the interplay between David and Steve worked very well and it could be said they made a good double act. Sarah Ashton sung beautifully as the Commendatore’s daughter Donna Anna who Giovanni tries to seduce by pretending to be her fiancé Don Ottavio, who was well played by Peter Bates, she realizes it is not her fiancé, and runs away, her father The Commendatore, a good performance from Martin Cassell, and Don Giovanni fight a duel and Don Giovanni kills the Commendatore and escapes with Leporello. They then encounter Donna Elvira played by Pam Ashcroft who appeared to be suffering with a cold but still entertained us and performed well, Elvira has been abandoned by Don Giovanni her lover and wants revenge. Don Giovanni and Leporello get away and happen upon the marriage procession of Masetto and Zerlina, who were both very nicely played by Peter McColgan and Clare Hyams. Don Giovanni tries to seduce Zerlina, but Donna Elvira arrives and thwarts his efforts. he tries again to seduce Zerlina during the marriage celebrations but is thwarted again. However, Don Giovanni still carries on with his devious ways and Ottavio, Anna, Elvira, Zerlina and Masetto swear to get revenge. But, in the end before they can exact it, Don Geovanni pays the ultimate price. The chorus of villagers, townsfolk and servants sang nicley and  were enthusiastic, supporting the principle cast very well. Just a constructive point sometimes some of the cast and chorus appeared a little unsure of their positioning on stage which can detract from the performance.

The singers were accompanied as usual by the very talented Robert Chesters on the piano, who supported the cast excellently.

There was no scenery, but scenes were set by using excellent props and atmospheric lighting which was very effective and along with lovely colourful costumes added to the feel, enjoyment and the success of the production.

Congratulations to everyone involved in bringing this very entertaining opera to the stage, we had a very enjoyable friendly evening. Thank you very much for inviting us and making us so welcome.