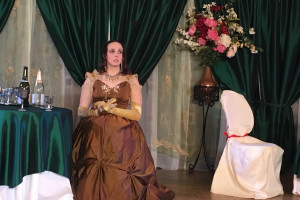 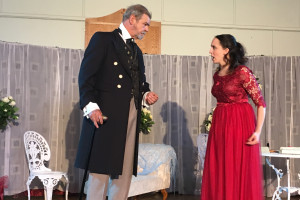 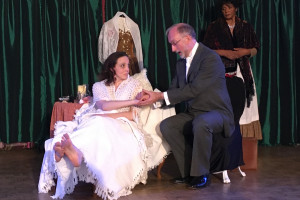 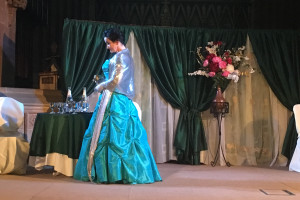 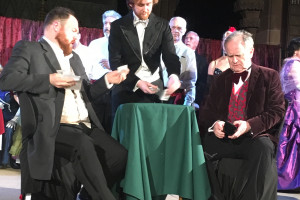 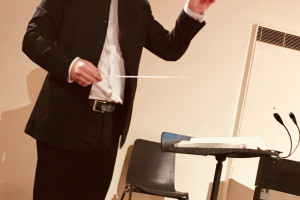 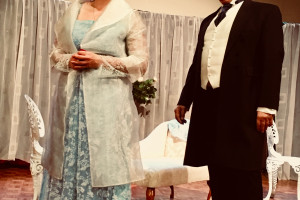 What better way was there for Opera Viva to celebrate their 10th anniversary year than by performing Giuseppe Verdi’s wonderful opera La Traviata (or “The Fallen Women”), based on Alexandre Dumas’ 1852 dramatisation of his 1848 novel The Lady of the Camellias (La Dame aux camélias).

It is a story of a tragic doomed love, between Violetta Valéry, a famed courtesan who was very popular among the social scene, and Alfredo Germont, a young bourgeois from a provincial family. Violetta is introduced to Alfredo, who has loved Violetta from afar, at a lavish party she holds at her Paris salon to celebrate what she thinks is her recovery from an illness, which turns out to be just a temporary respite from consumption (tuberculosis).

I have to say that this was one of the best productions I have seen this talented company perform. The very talented cast were under the guidance of Musical Director Melvin Tay, Producer David Palmer and Choreographer Jim Craig.

There was a stunning, captivating performance from Lorna Rushton who owned the stage as the tragic Violetta: you could feel the pain her character was going through. She was beautifully complimented with an outstanding well-sung performance from Ben Sweeney as Alfredo Germont, Violetta’s lover. Both were very convincing in their roles, as was David Palmer as Alfredo’s father, Giorgio, who persuades Violetta to give up Alfredo for the sake of his standing in society and the effect their relationship was having on Alfredo’s sister’s prospects.

There were also enjoyable confident performances from the singers in the supporting roles, everyone played their parts very well, performing as a team with no weak links. I would have liked to mention them all by name but I don’t want to miss anyone out as they all did a great job.

The chorus appeared to be enjoying themselves singing and supporting the principle cast very well they also looked the part as they were all very smart, the men were in evening clothes and the women wore lovely colourful evening dresses which gave authenticity to the production.

Constructively, the carnival chorus “The Bacchanal”, which is usually sung off stage during the final death scene and highlights the contrast between the tragedy happening on stage and the carnival atmosphere outside on the street, in this production was sung on stage with the chorus wearing plain white masks which I thought made them look like ghosts and produced a rather supernatural eerie feeling instead of the carnival atmosphere, and I was a little confused about what was happening, but this is just my personal observation and perspective, this did not spoil my enjoyment at all.

All the singing was expertly accompanied by the very talented Robert Chesters who supported the cast brilliantly.

I must mention the cast who played principle roles at other performances, Samantha Stinson was Violetta and Annina. On the night we visited, Mark Duffy was Giorgio, Alfredo’s father, and Annette Reis–Dunne was Annina, Violetta’s servant.

The set was well thought out, so it could be used at different venues that had different facilities: it was basically three windows with easily changed curtains for each scene that were well dressed with suitable props for the location and finished off with atmospheric lighting which was very effective. “Well done” to Artistic Director Viv Sharp and to all the backstage and technical crew.

Congratulations to everyone involved in bringing this excellent production to the stage it was certainly a very enjoyable evening.