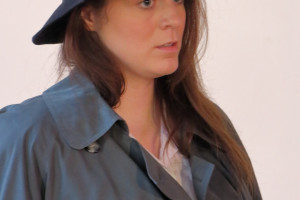 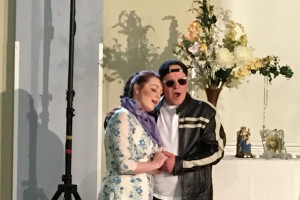 The opera Rigoletto was written by Verdi, and is one of his most popular operas, featuring some of opera’s most recognizable music, including ‘La donna è mobile’ and it is based on the play Le roi s'amuse by Victor Hugo. First performed in Venice on 11th March 1851, it is a tail of jealousy, vengeance and sacrifice. The original setting for the opera centers on the promiscuous and unprincipled Duke of Mantua, and his hunch-backed Court Jester Rigoletto and Rigoletto’s daughter Gilda. Rigoletto is a joker with a critical manner and sometimes he takes things a little too far. The opera was originally called, La maledizione (The Curse), as in the story there is a curse placed on both the Duke and Rigoletto by a courtier whose daughter had been seduced by the Duke after being spurred on by Rigoletto and now the result is a vendetta. The curse is realized when Rigoletto’s daughter falls in love with the Duke and thinks her love is returned, but she is kidnapped by some of his followers and the Duke seduces her. Rigoletto is now seeking revenge but Gilda is still in love with the Duke and eventually knowingly sacrifices her own life to save him from her father’s assassin.

In this production by Opera Viva the action was relocated to New York’s Little Italy in the mid twentieth century and has a gangster Mafia’ feel to the story.There were admirable performances from the singers in the three main roles who were a joy to listen to, they included the stylish smooth tone of David Palmer in the title role of Rigoletto who portrayed the guilt and anxiety felt by his character well and Heather Heighway who produced  graceful coloratura singing along with good acting as his daughter Gilda with a very good Tenor performance by Nick Hardy as the Lothario Duke, who's performance of the aria La Donna e mobile (Woman's Fidelity turns like the weather) was very well received by the audience. In the supporting roles we had Steve Riordan who was very menacing as creepy Sparafucile the assassin, and Anja Schiebeck gave a good effective performance as his equally sinister sister Maddalena who also falls in love with Duke. Another threatening character was Monterone the instigator of the curse played well by Martin Cassell. There were also nice performances from the singers in the smaller roles who supported the principal cast very well producing some interesting characters of their own. The ladies and gentlemen of the chorus all performed with enthusiasm and sang Verdi’s classic music with gusto although it was noticeable some were a little unsure of the words and their positioning on stage. Clarity of words was satisfactory and the story and action could be followed. The singers were accompanied superbly by Robert Chesters on the piano and the performance was conducted expertly by Musical Director Marco Bellasi with Isobel Jenkins as Chorus Master.

The set was very minimalistic and scenes were set by the use of props and lighting which was effective and suitable for the venue and the touring nature of the company. Costumes were suitable for the New York little Italy setting, adding that extra something to the production. Congratulations must go to Jim Craig Producer and Vivienne Sharp Artistic Director and everybody involved in bringing this production to the stage. This opera is an important piece of theatre, as it highlights a number of moral struggles with emotional ruthlessness and physical violence.

Thank you very much for inviting us to see this very commendable production we had a lovely evening.